I don’t care much about my own privacy. My facebook profile (under my first, middle, and last name) is mostly public, I gave mint.com my banking password, and I don’t cover my webcam with a sticker. You could say that I don’t feel I have much to hide, which is true. However, I do think the right to privacy is a crucial element of a free society and that it’s important for all of us, even those who don’t have anything to hide, to fight to protect that right.

It’s trendy to see privacy as a currency we trade to make cool things, or to stay safe, or to make some other tradeoff that we care about. Although I do compromise some of my own sensitive information for my own convenience, treating others privacy like a commodity is a serious problem.

This blog post is coming out of a class discussion in which one of my classmates asserted that archived data, even data that includes sensitive or personally identifiable information, should be made public online. I’m going to try to convince you that, even if you personally don’t care about privacy, privacy is important and is worth protecting for others, here and abroad, now and in the future.

I think it’s easy and natural to form political or other society-wide opinions based on your beliefs, your circumstances, and how it would effect you. I also think, however, that it is our responsibility as voters, as scholars who work with data about others, and even as humans who could open their mouths within earshot of other humans to consider how those ideas, if implemented, would effect other people in different communities, legal environments, and circumstances.

But you wouldn’t look at other political issues this way, would you? How just would it be for me to say, “I don’t use welfare, so let’s get rid of it,” or, “I don’t have kids who use public education, so we should eliminate it.”

Here’s the bottom line. If you believe that records should be open, or that privacy doesn’t matter, or that “I don’t care; I don’t have anything to hide,” you believe one of two things:

For example, I am a highly educated, white, heterosexual American who lives in a liberal state, works at a university, and I have no stigmatized disabilities or illnesses. Pretty lucky, right? But even I have made some life choices and hold controversial political opinions that I wisely keep to myself in some contexts. There could be real consequences that do meaningful harm to me in my in my religious community or workplace if it were public knowledge that I’d visited Planned Parenthood, for example, or voted to legalize marijuana.

The argument there could be, well, Karen– find a more liberal place to work, or a more accepting religious community. But imagine if that solution is implemented across the board, including for people with much bigger secrets than a UTI and a bleeding heart political philosophy. You’d be requiring people who are already facing huge barriers to normal life because of how they were born, where they were born, or even circumstances outside their control to live even less free lives than they are already able to.  For example, people who want access to birth control, gay people, and women who have been raped who live in conservative communities, states, or countries could face dire social and legal consequences– in some places they could even (legally!) be killed.

It would be nice if we lived in a world where the playing field was level and every one could be trusted to be basically reasonable, or adjust their worldview given new information. (My classmate’s argument as I understood it was that if all this sensitive data were to be released, society would be forced to “get over it.”) We do not live in that world: even in the US in 2015 people are being shot for being black, fired for being gay, arrested for legal protests, and publicly shamed and losing their jobs for violating unjust social norms or making a misunderstood joke. Risking lives and livelihoods by betting that all people throughout the world will suddenly see reason is cruelly irresponsible.

And what about the tradeoff? Increasing human knowledge is, of course, important– so important to me that I moved across the country to a place that is cold to live on a graduate student’s stipend for the chance to pursue that end. But the trade off is not open data or no data. The trade off is that only trained people who jumped through some hoops with an IRB can see and use it.

We cannot let the our enthusiasm for the Cool Stuff we can do obscure our view of potential consequences of our actions. I can see that there is an additional benefit to crowdsourcing, citizen science, and collective intelligence, but I do not believe that that additional benefit is worth the risk when the people who the data describes did not have the opportunity to give their informed consent to its release. It may also be true that the wisdom of the crowd could help us better understand contagious diseases, chemical weapons, or military strategy, but the risk that some will misuse or misunderstand it prevents us from opening our labs, materials, and plans to the public.

I am very curious about your thoughts about privacy and open data. Please leave me a note in the comments! 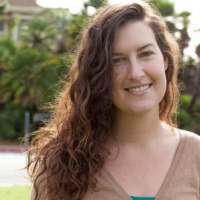